Kerala is situated on the lush and tropical Malabar Coast with the Arabian Sea on the west, and the Western Ghats towering on the east. Kerala is a popular tourist destination for its backwaters, yoga, Ayurvedic treatments and tropical greenery. 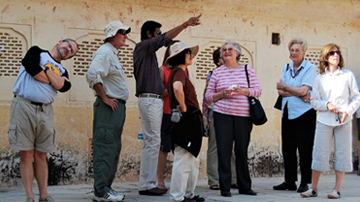 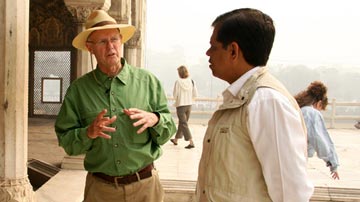 The legendary King Mahabali is said to have ruled from Kerala in a reign of universal happiness and prosperity. On his passing away he was appointed ruler of the netherworld by Vamana, the fifth avatar of Lord Vishnu. Once a year, during the Onam festival, he returns to Kerala.

Much of Kerala's notable biodiversity is concentrated and protected in the Western Ghats. Almost a fourth of India's 10,000 plant species are found in the state. Among the almost 4,000 flowering plant species are 900 species of medicinal plants. The backwaters region, which comprises an extensive network of interlocking rivers, lakes, and canals, centers on the cities of Alleppey, Kollam, Kumarakom, and Punnamada. During early summer, the Thrissur Pooram festival takes place, attracting thousands of tourists who are largely drawn by the festival's elephants. Nearly half of Kerala's people are dependent on agriculture alone for income. Some 600 varieties of rice are harvested from paddy fields. Other key crops include coconut, tea, coffee, rubber, cashews, and spices-including pepper, cardamom, vanilla, cinnamon, and nutmeg. Around 1 million fishermen haul an annual catch of 668,000 tons; 222 fishing villages are strung along the coast.

National Geographic's Traveler magazine names Kerala as one of the "10 paradises of the world" and "50 must see destinations of a lifetime". Travel and Leisure names Kerala as "One of the 100 great trips for the 21st century." Widely regarded for cultural arts performances, Kerala is a popular destination for travelers seeking unique music and dance performances. Native performing arts include koodiyattom (a 2000-year-old Sanskrit theatre tradition) and kathakali (literally translated “story performance”).