Located in the heart of the Deccan Plateau, Bangalore is a prosperous illustration of how an ancient society can assimilate with rapid growth and change. Bangalore is called the "Garden City", but it is much more famous now because it leads India's efforts in software development, as well as other related industries. Founded by Kempe Gowda in the 16th century, the city sits a 1000 meters above sea level and has a temperate climate.

Visit Cubbon Park and the Lalbagh Botanical Gardens, prime examples of why Bangalore became famous for it's gardens. Tipu Sultan's palace and fort are worth a visit if you want to explore their legacies of numerous battles and wars. A visit to the Vidhana Soudha after dark is very impressive, the granite facade of this immense government building is flood-lit for maximum effect.

In the last decade or so, the inhabitants of Bangalore have seen property values increase even faster than the skyrocketing appreciation of real estate in other urbanized parts of India. In Bangalore, this came about mainly due to the influx of almost every large American and Western European hi-tech organization. The 'Garden City' now has increased pollution and traffic jams, though not as bad as some of India's larger cities.

We include a visit to Mysore during our scheduled visits to Bangalore. Also known as "The City of Palaces", Mysore's awe-inspiring royal palace is a sight to behold and rivals any of the royal palaces in the world for sheer grandeur and lavishness of art and architecture. You can easily spend the greater part of a day just admiring a part of the palace and other buildings in the royal compound. There are also a number of impressive temples in Mysore, and like Bangalore, a profusion of gardens and plants. 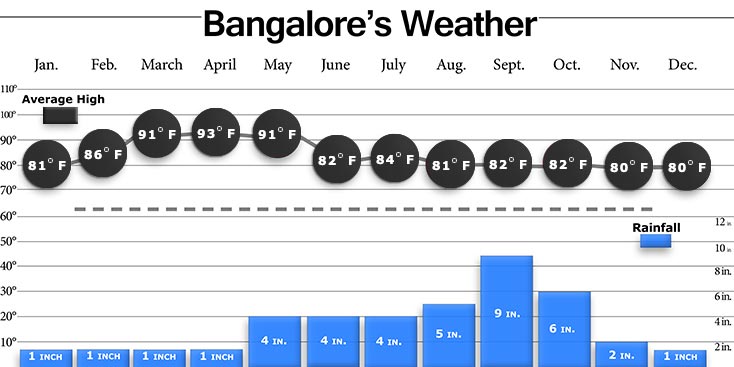